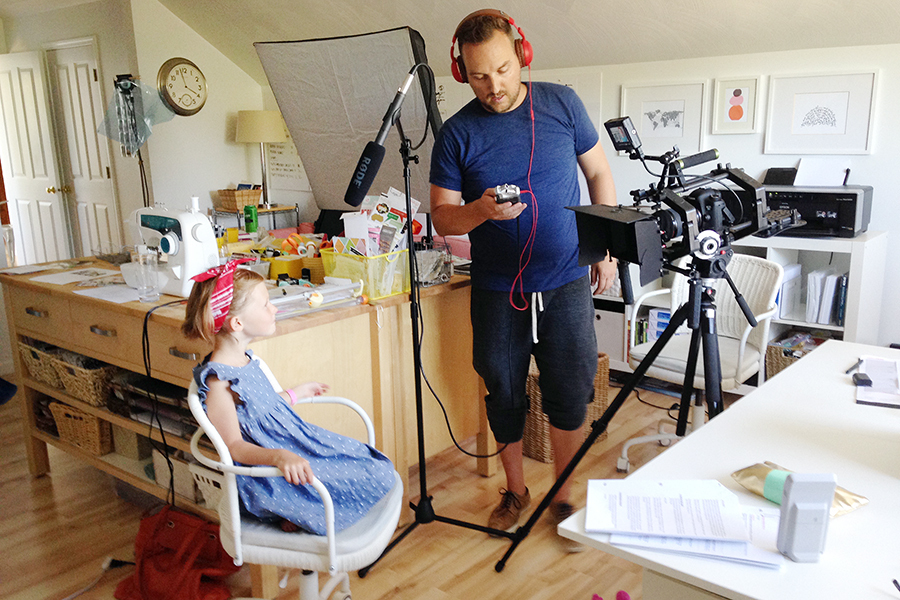 One of the most fun parts of working on this new website was filming the project videos with  Collin Kartchner.

If the name sounds familiar to you, it might be because he's  Liz Kartchner's (aka Dear Lizzy) husband.

They make quite the creative pair those two.

Here's the truth: I was nervous about Collin at first. I thought he was entirely too funny and wouldn't be able to be serious about this project. I kinda worried he would make fun of me. He's got a quick wit and, remember, sometimes I can be way too serious. My worries about him were actually ridiculous and that was super obvious from our first business meeting in Salt Lake City earlier this summer. He is a complete professional. He got what we were looking for in the videos immediately. He's great at what he does and he does it with a sense of humor that I completely appreciate now.

A good learning experience for me once again about my own judgements.

He won my kids over at the first hello. I was especially impressed with the rapport he created with Simon almost immediately. 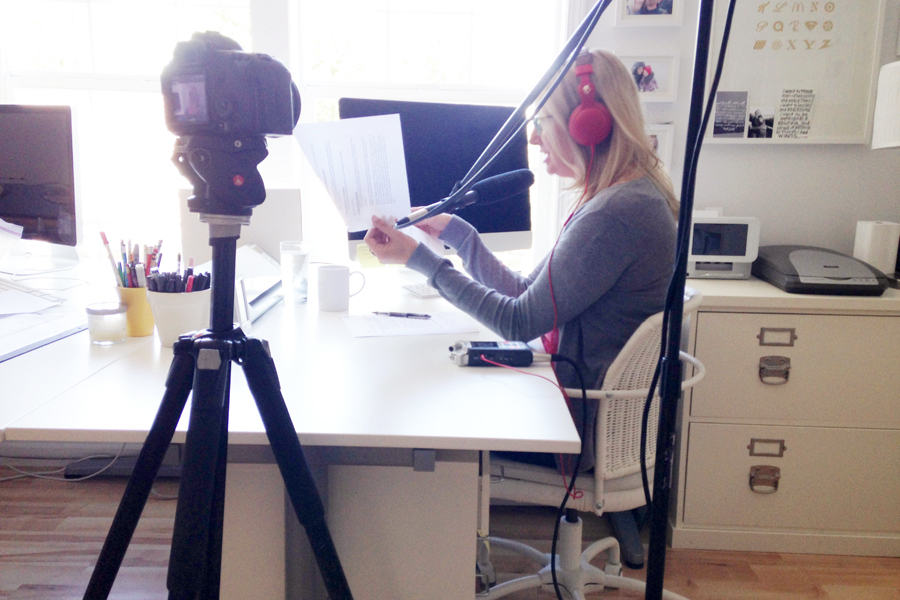 We got down to business of filming pretty quickly, starting with footage around my office and then recording my on-camera portions of each video.

I wrote up the words I wanted to say and we recorded most of them one-line-at-a-time and did a couple takes of each, usually from a different angle. 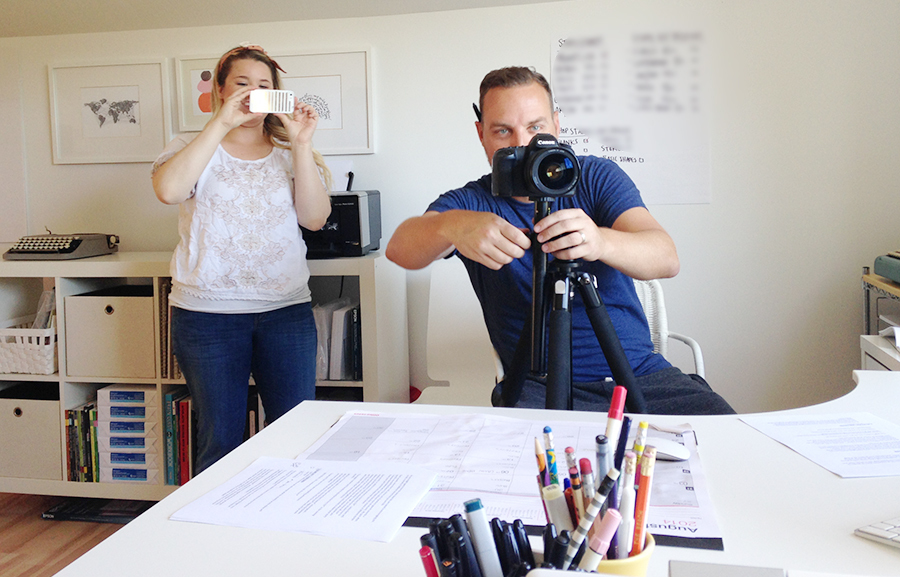 There was a lot of laughing. 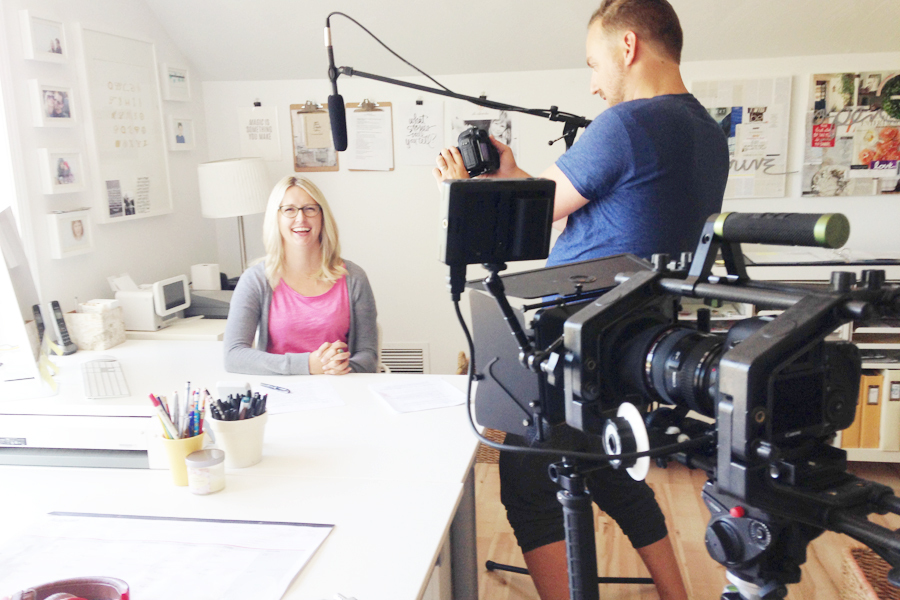 In addition to filming in my office, Collin also captured us going about our daily life.

Going to the grocery store, riding in the car, sitting at the table, playing outside, riding bikes, the evening prayer, etc - so many of the moments I've been documenting over the years with still photos and words. 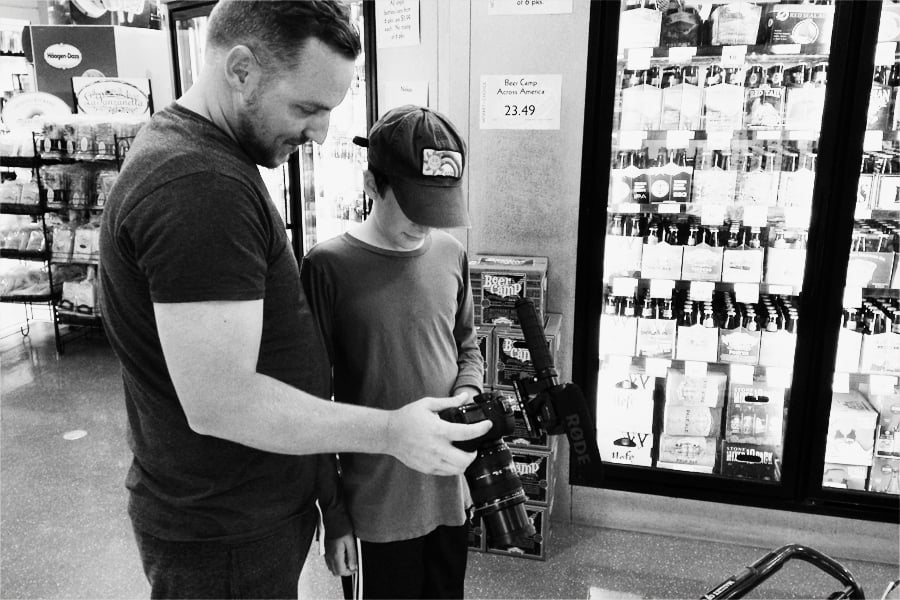 Simon was super interested in what Collin was capturing and there were many moments where he snuck up behind him, jumped in front of him and put his face right up to the lens. Collin totally rolled with it. 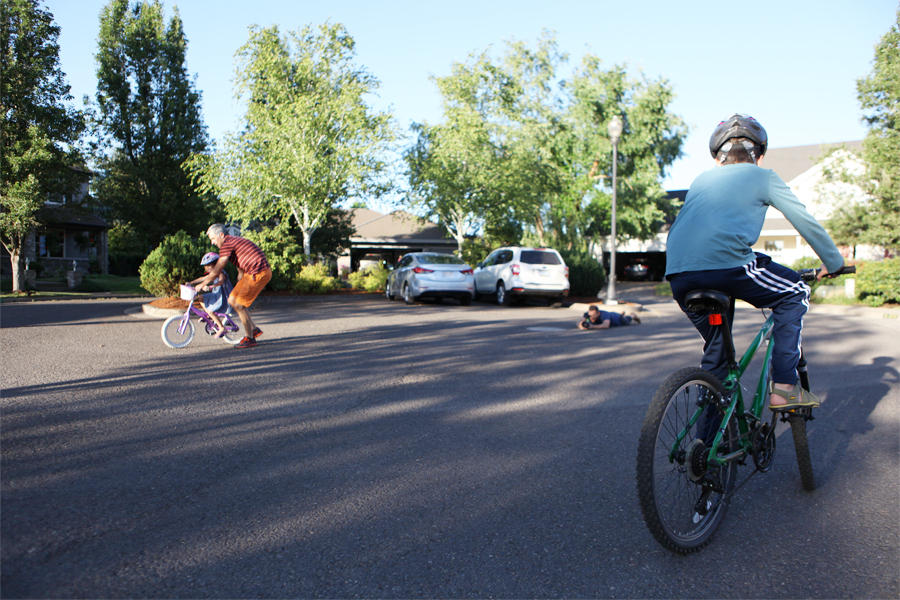 When Chris came over to help Anna ride her bike Collin was there to capture the action.

He stayed later into the evening to catch the goodnight prayer (priceless) that I say to each of the kids every night we are together. 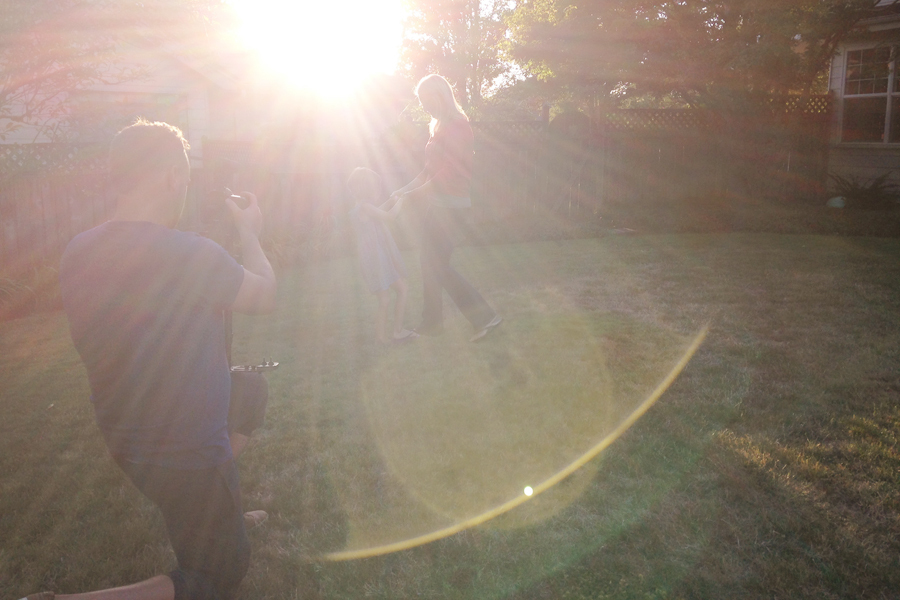 And we did some playing in the backyard, with just the right amount of sun flare.

A week or so later Collin uploaded the videos to dropbox and told us to take a look.

In his email to me he wrote, "Every clip, every cut, every song, every splice...all meticulously done with love. Shot sequence, pacing, sound, every key frame was well thought out and intentional. I hope you can feel the passion behind the story-telling, and hope you're left with something magical. You truly inspire people, I hope this inspires you."

They totally did Collin. Thank you again for getting me.

The words you see in the One Little Word video are all from artist  Colleen Attara. They are recycled scrap plastic words cut in her handwriting and you can read more about them here. She sent those all to me this past year and they were perfect for telling the story of that project.

Paperclipping Roundtable Podcast | Just a heads up that I was a guest on a new episode of the Paperclipping Roundtable podcast yesterday. We were disucssing our experience (trials and successes) photographing layouts and other projects. Check it out here. Also, you can check out a list of all the podcasts I've been a guest on via my press page. There's a drop-down menu at the top to make it easier to see what section you'd like to check out. 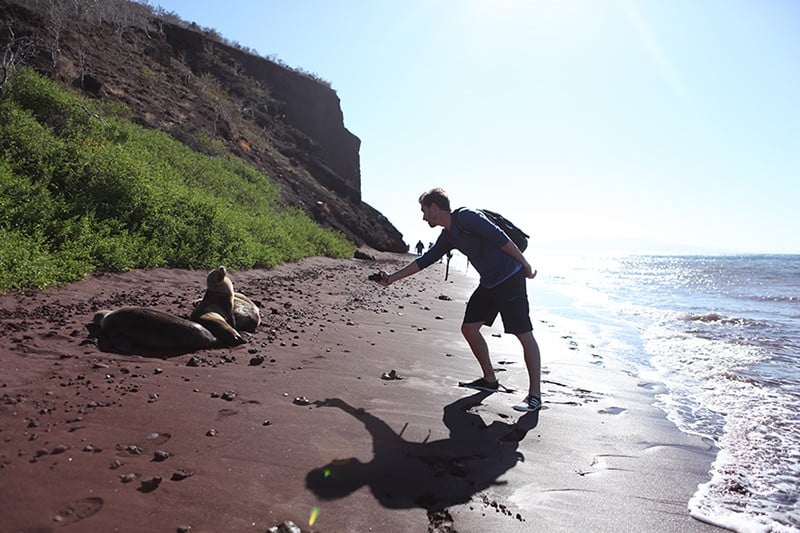 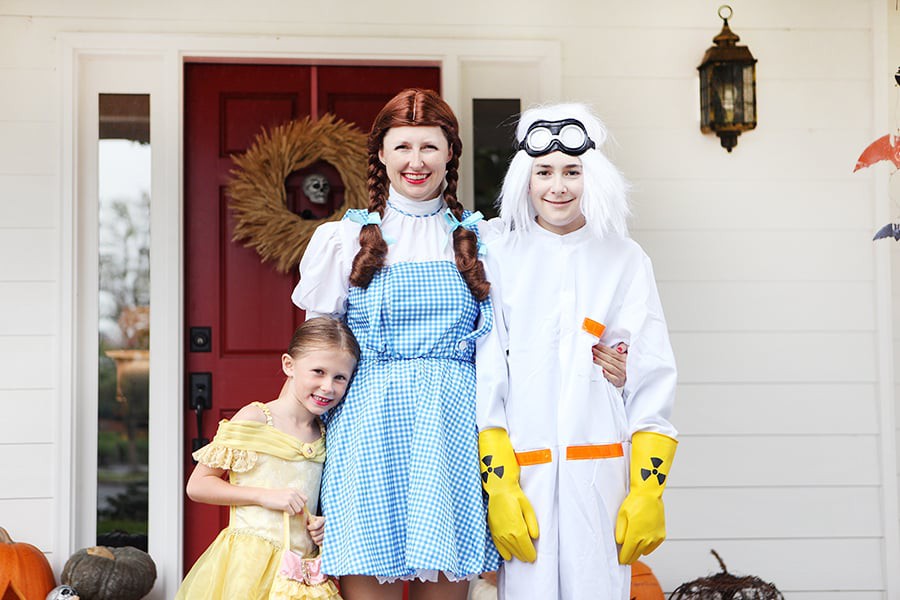