Code Valid through 11/28/2021 at 11:59pm EST. Must enter code to receive offer.  Some exclusions apply: 2021 December Daily® physical and digital products, December Daily® Product Play: Back To Basics Class and Create With Canva Class. Refunds will not be issued for forgotten or misused promo codes. Offer subject to change.

Offer valid on orders with subtotals of $75 or more sitewide. Code valid thru 11/28/2020 at 11:59pm EST. Must enter code at checkout to receive offer. Refunds will not be issued for forgotten or misused promo codes. Code not valid on previous purchases. Offer is subject to change.

As I welcome the change of the seasons that October brings that means beginning to say goodbye to these dahlia blooms that have been such a gift this summer.

Back in mid-February of this year I decided that I wanted to be able to grow more dahlias and took steps over the months to be able to make that happen. In 2020 I successfully grew some directly in the ground along a portion of our back fence and I made the decision to expand that area by adding in a few more beds directly into the ground (vs. doing raised beds). I'm interested in the concept of regenerative agriculture and wanted to see if I could work on amending the current soil from the top down.

For 2021 I ordered all my dahlia tubers from Swan Island Dahlias and planted them alongside the ones I've ordered and were gifted to me from Floret. 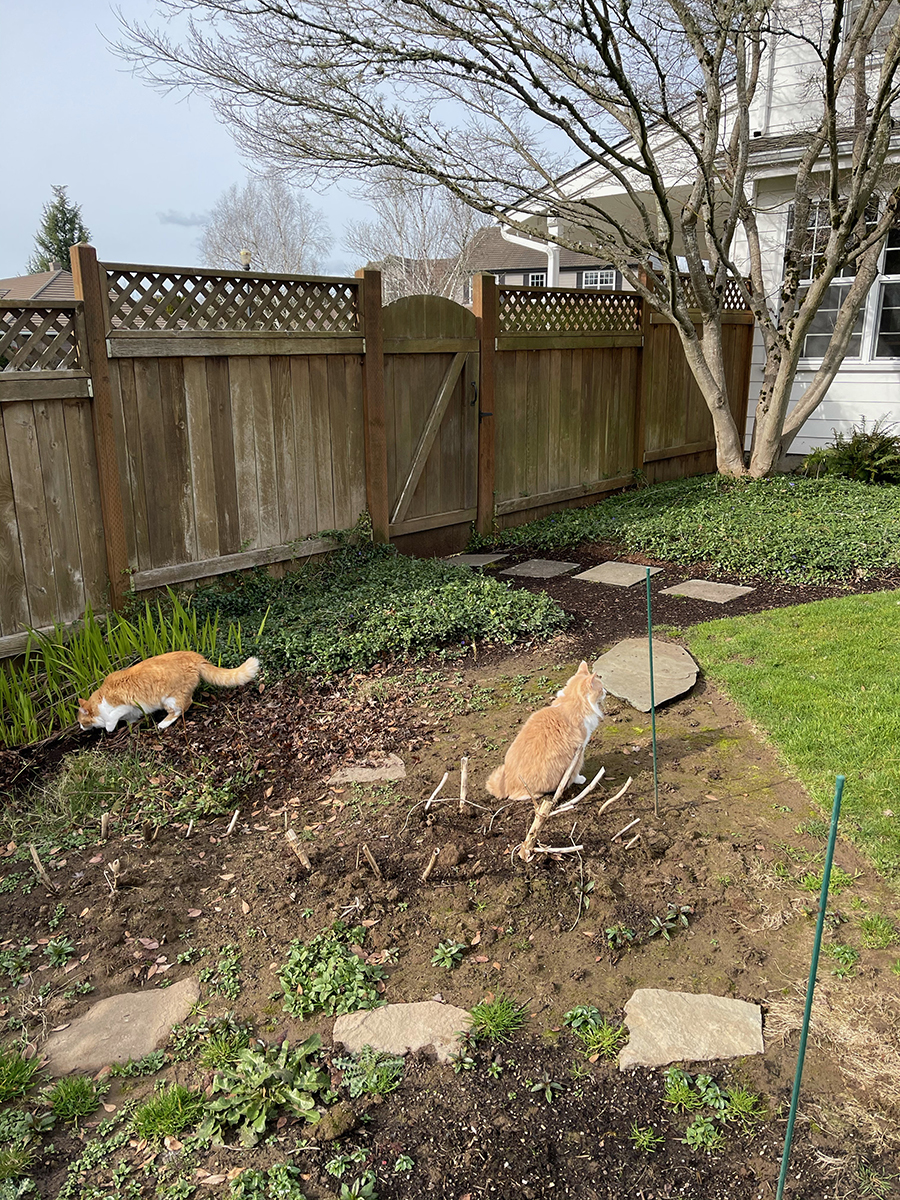 Sam's sitting right in the area where I had success growing Floret dahlias in 2020 (photo from February 2021). 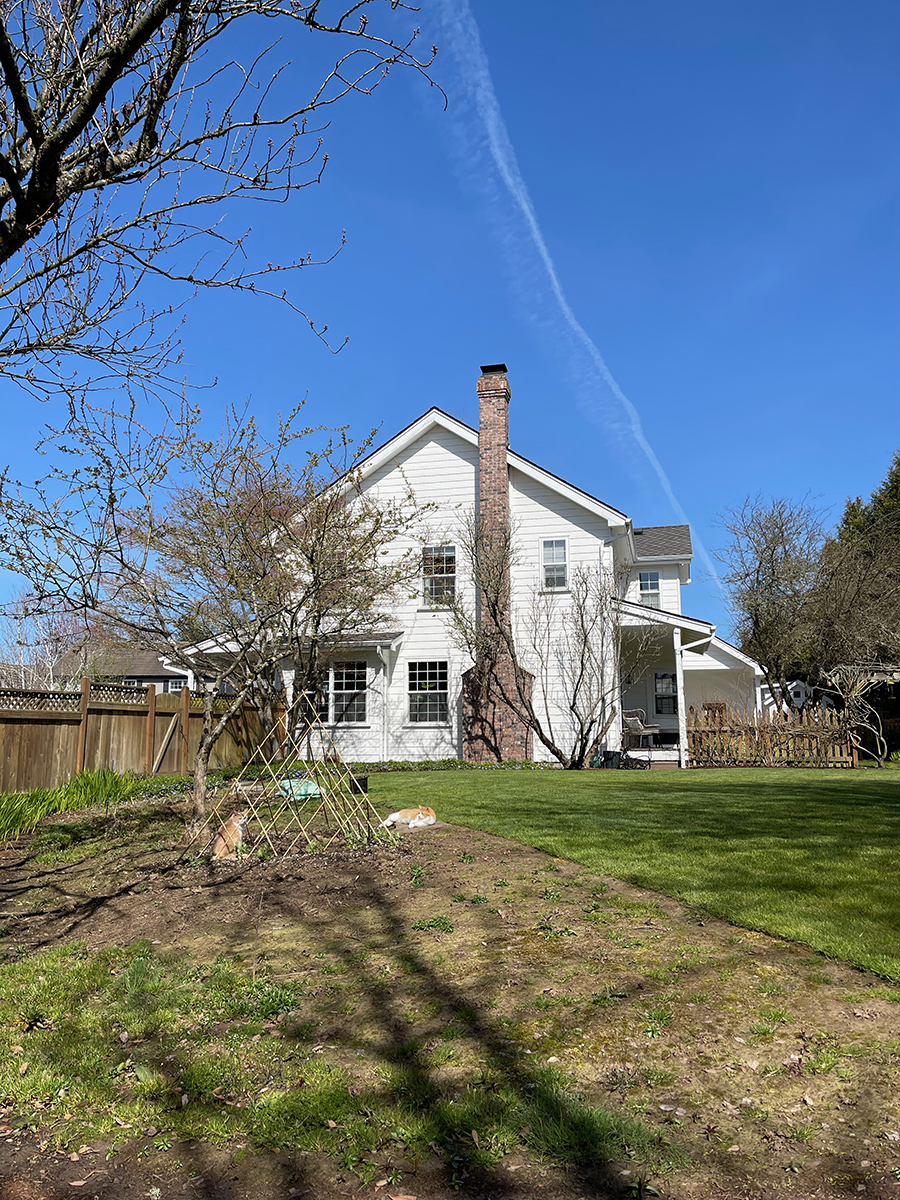 Over a period of weeks in March I began staking out and then filling in the beds with soil and compost. 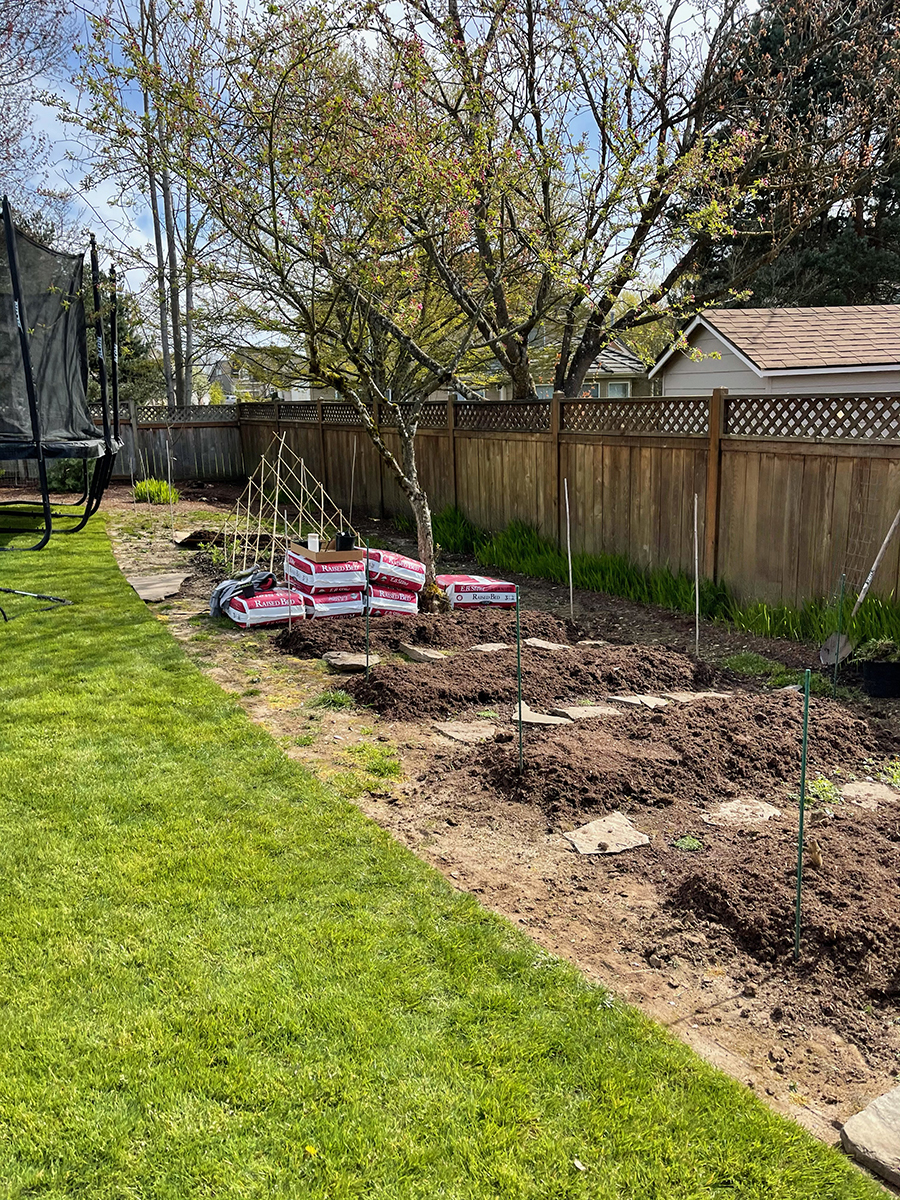 In early April I made a bunch of trips to our local nursery for the dirt + compost. Next year I'll try to have it dumped in place since I now know that this space worked really well. The rock was leftover from a previous patio project a number of years ago. 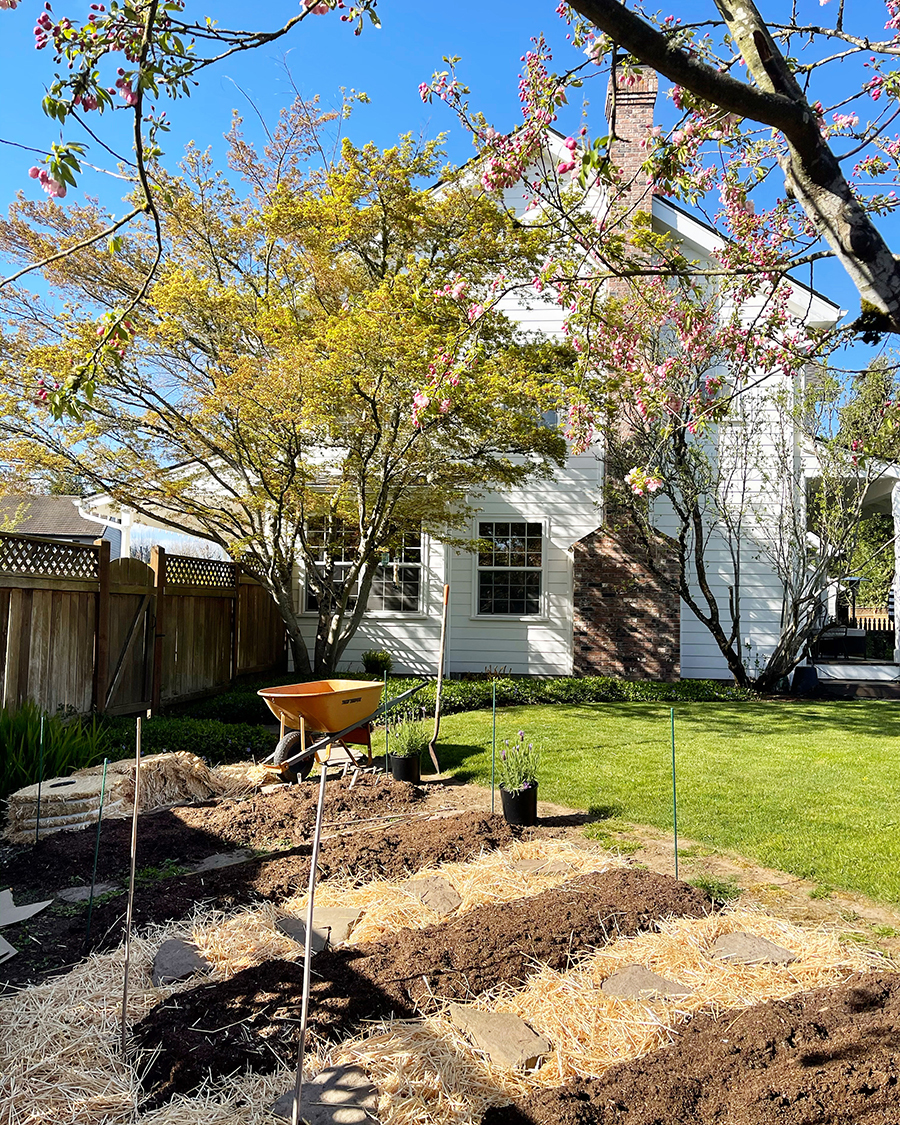 In April I decided to add organic straw as a ground cover. I first cut up and layed cardboard underneath and then placed the straw on top. 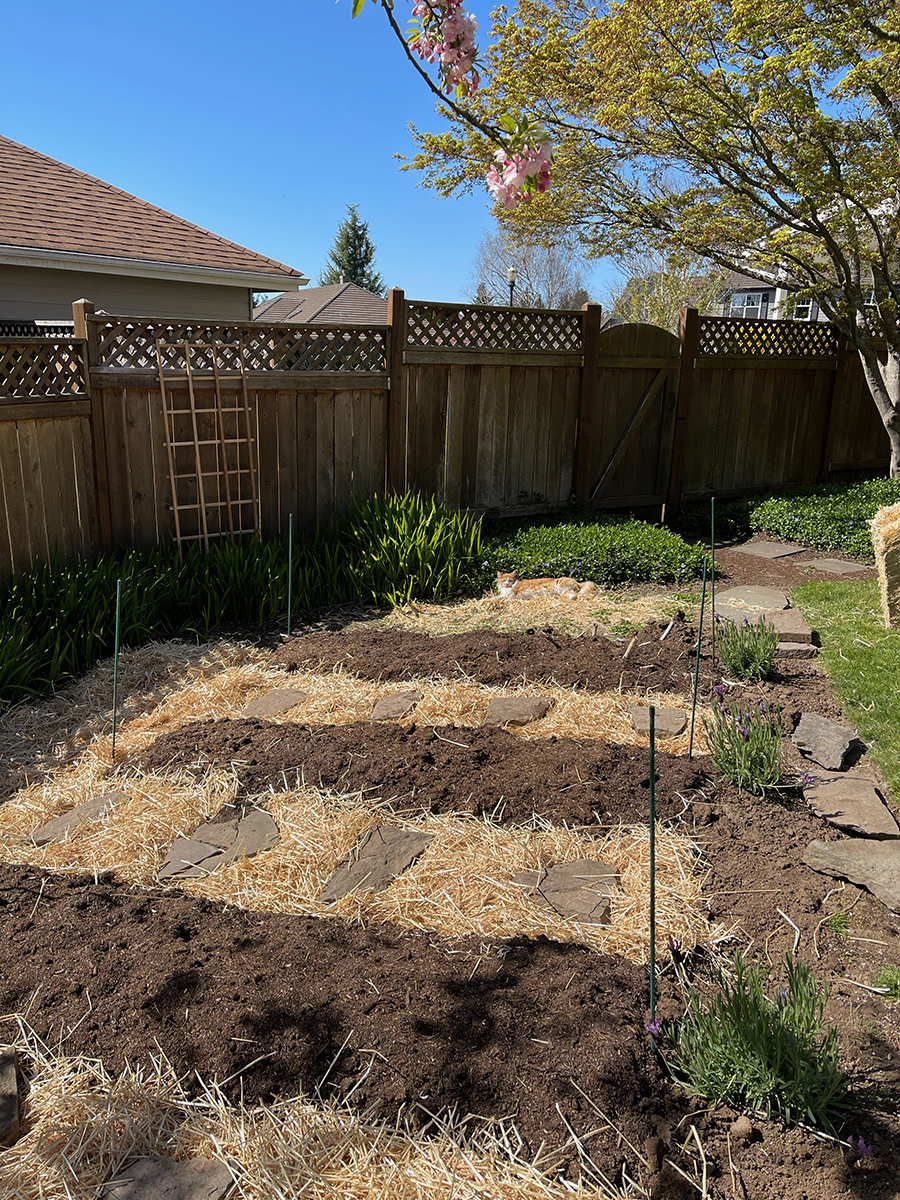 At the front of each of the beds I also planted some lavender. 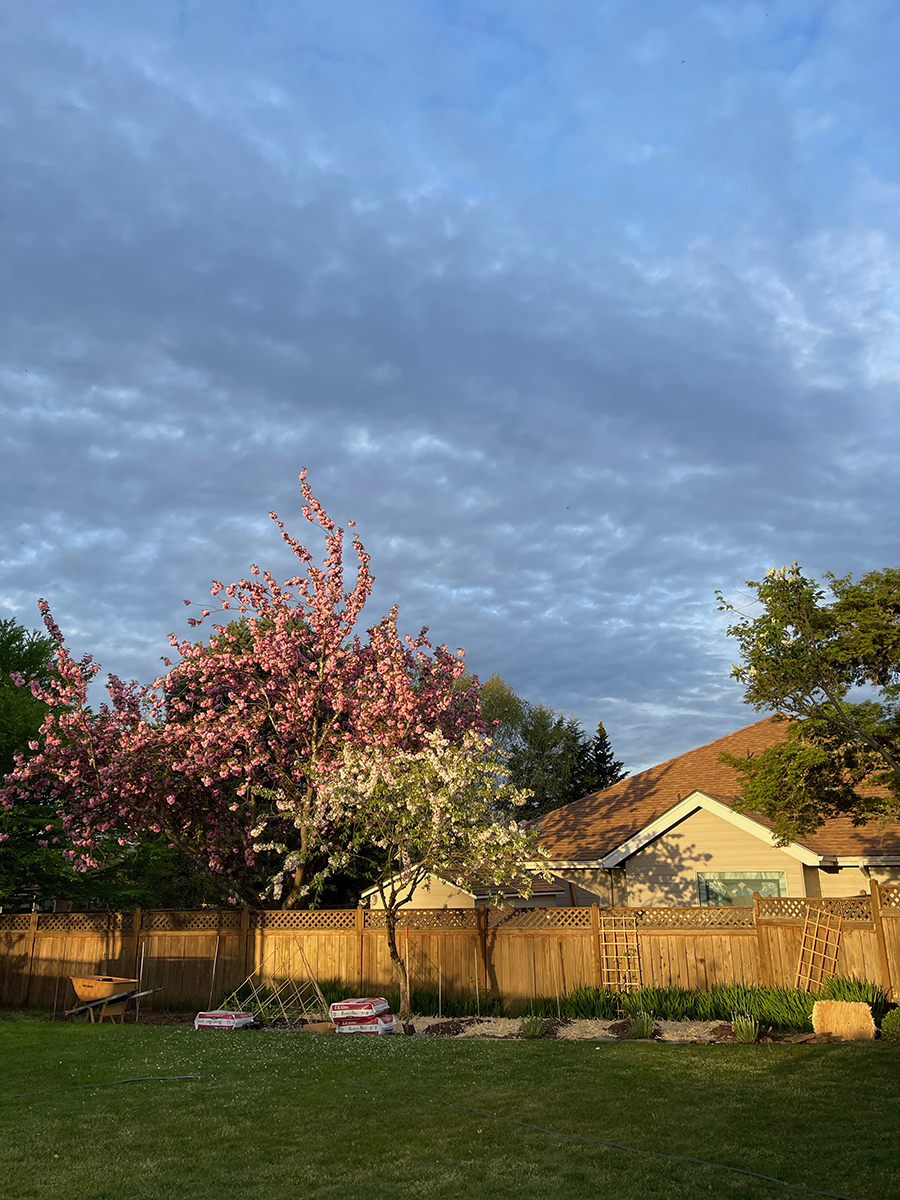 Some of the original dahlias from Floret that I left in the ground from 2020 started popping up as early as the end of April. 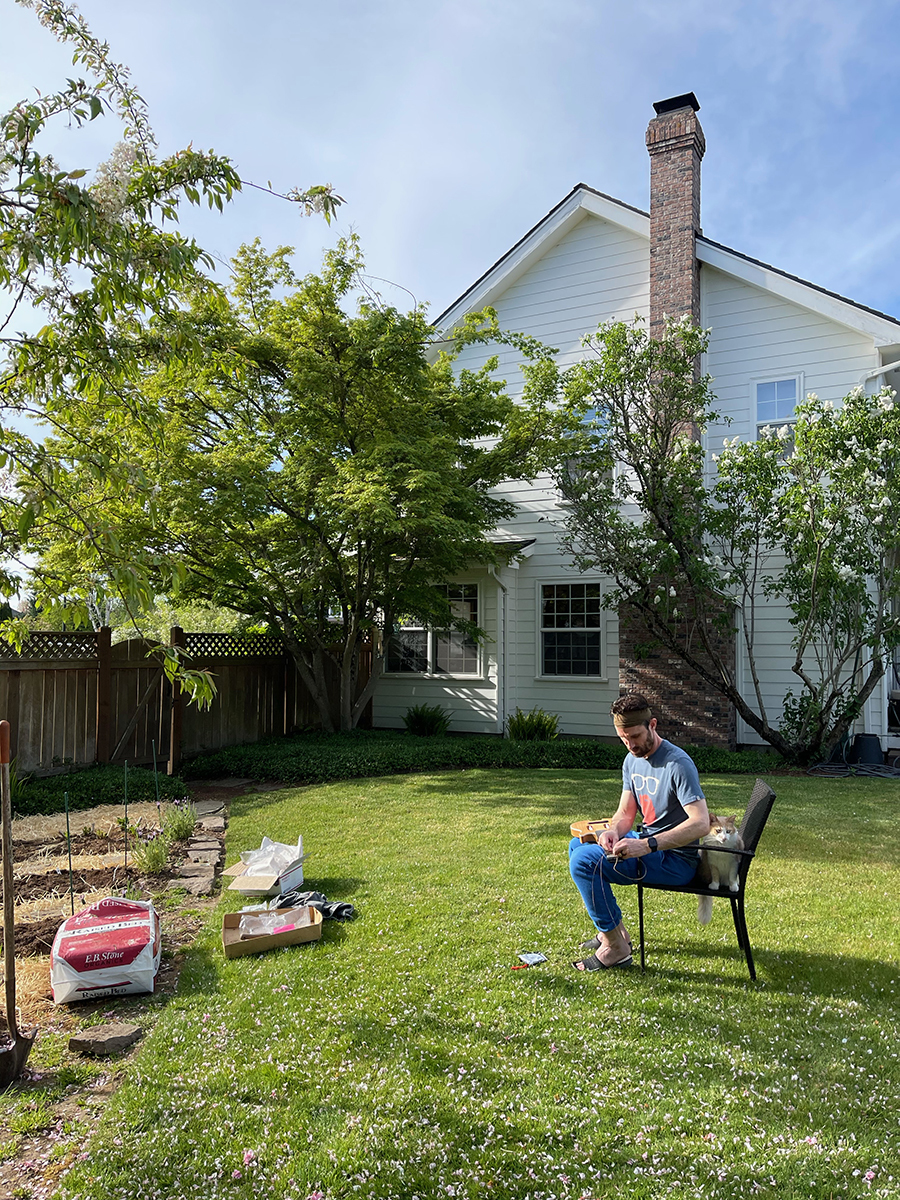 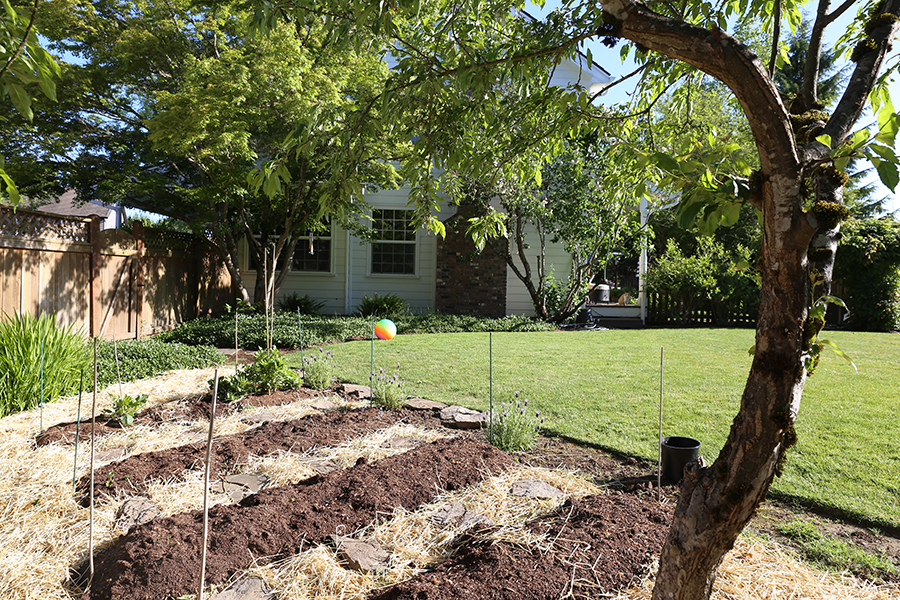 Month by month things slowly started coming up as the weather warmed up (the photo above was May 10th). 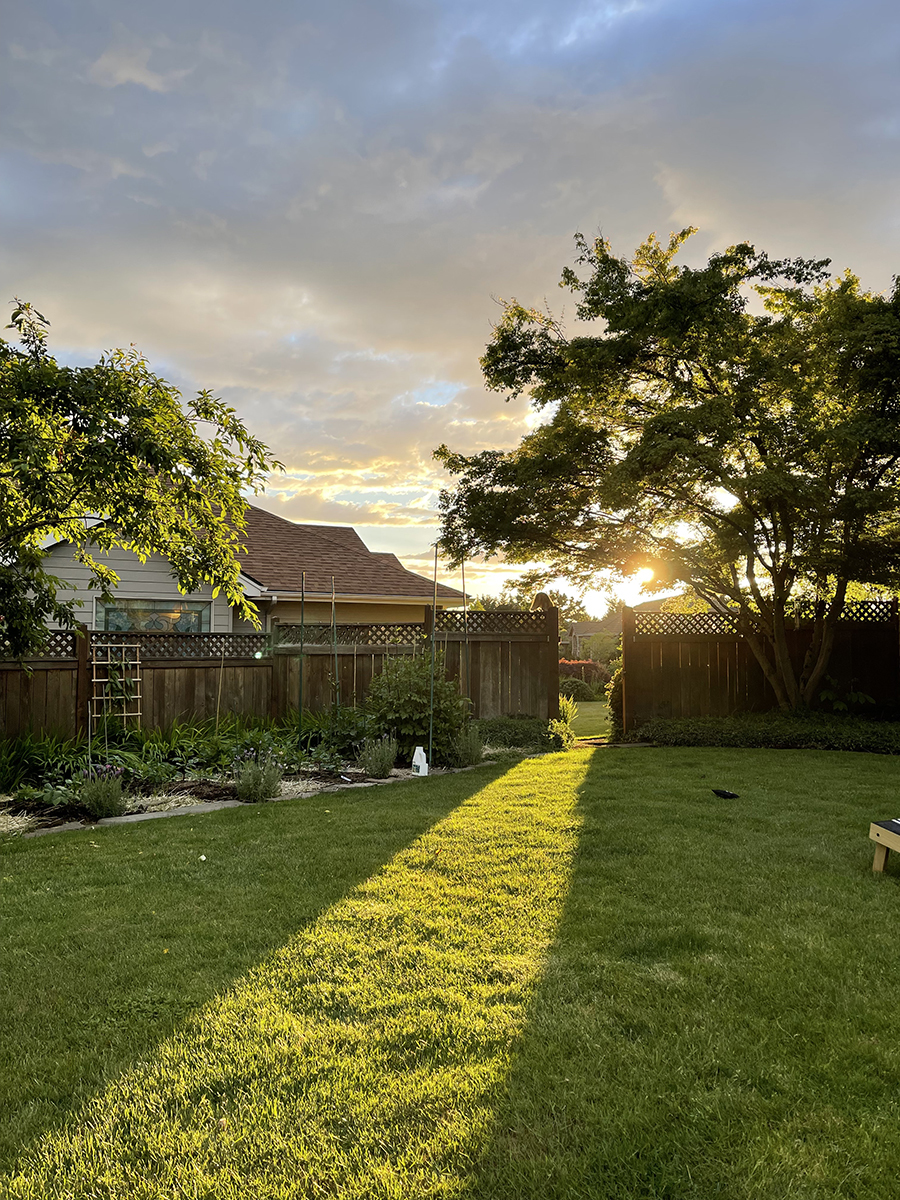 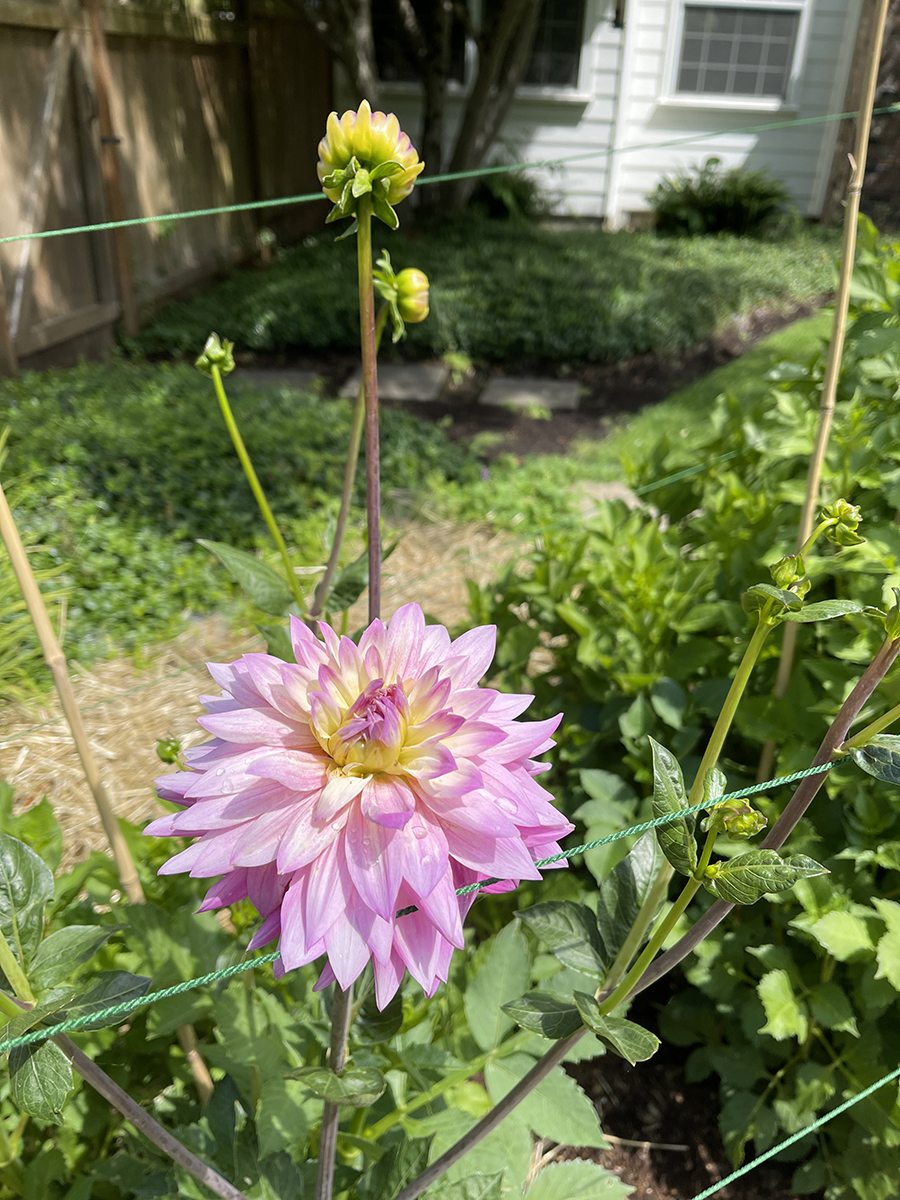 The first official bloom this year was around June 20th. 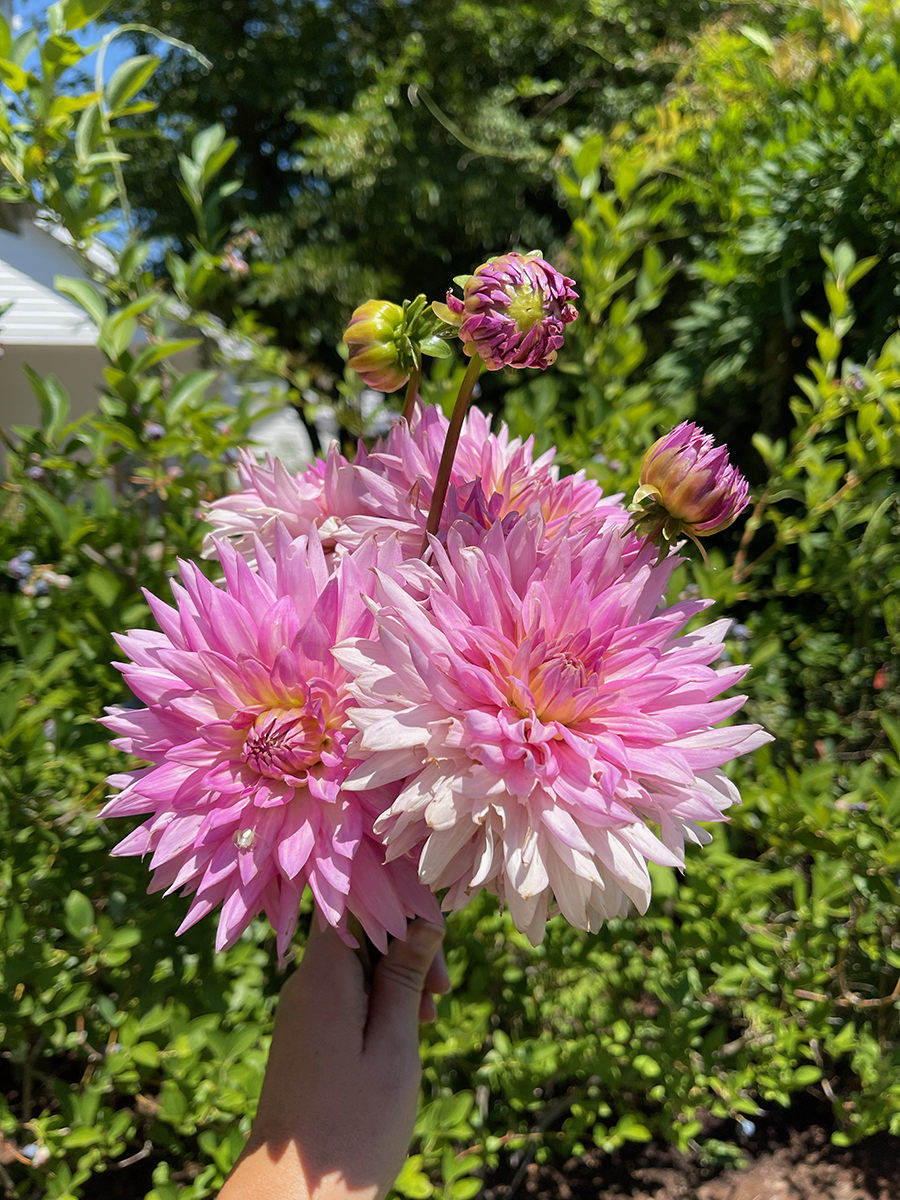 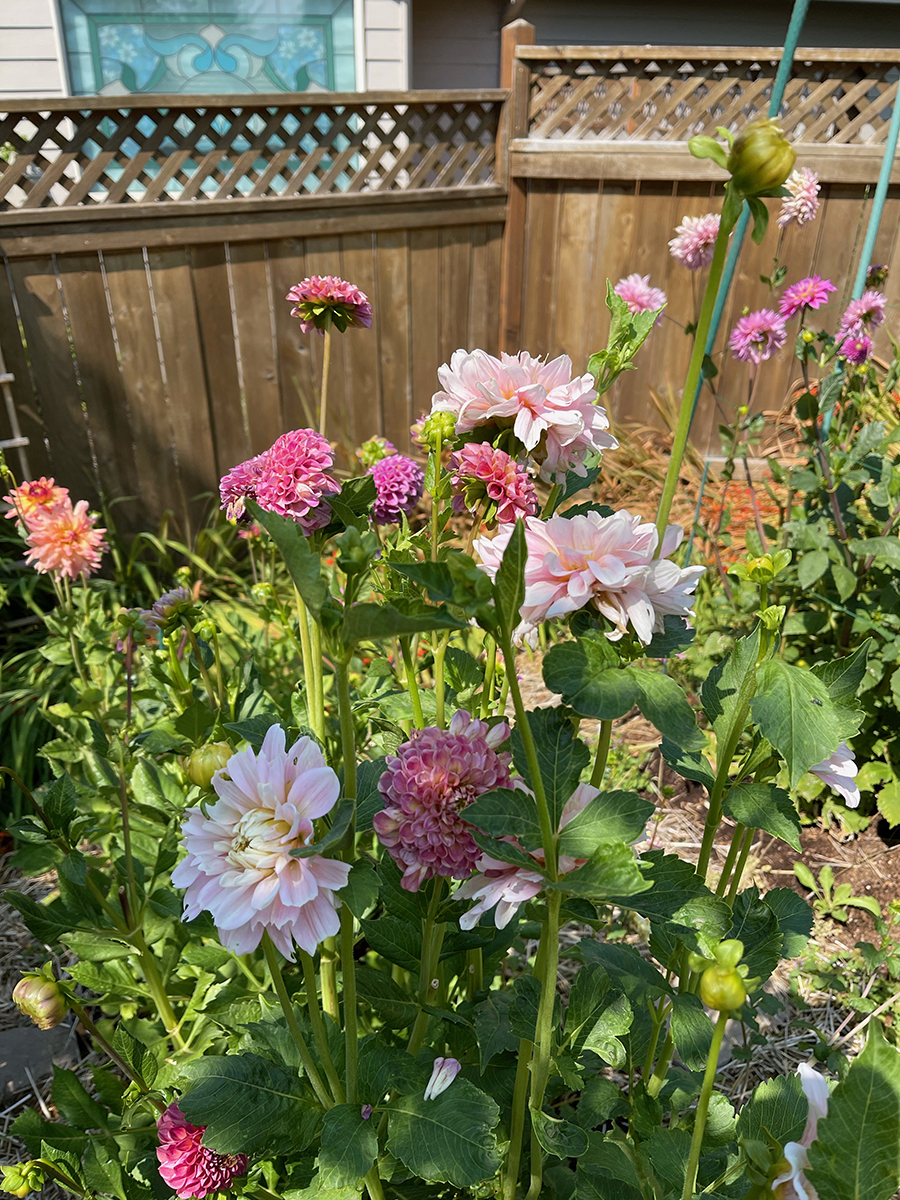 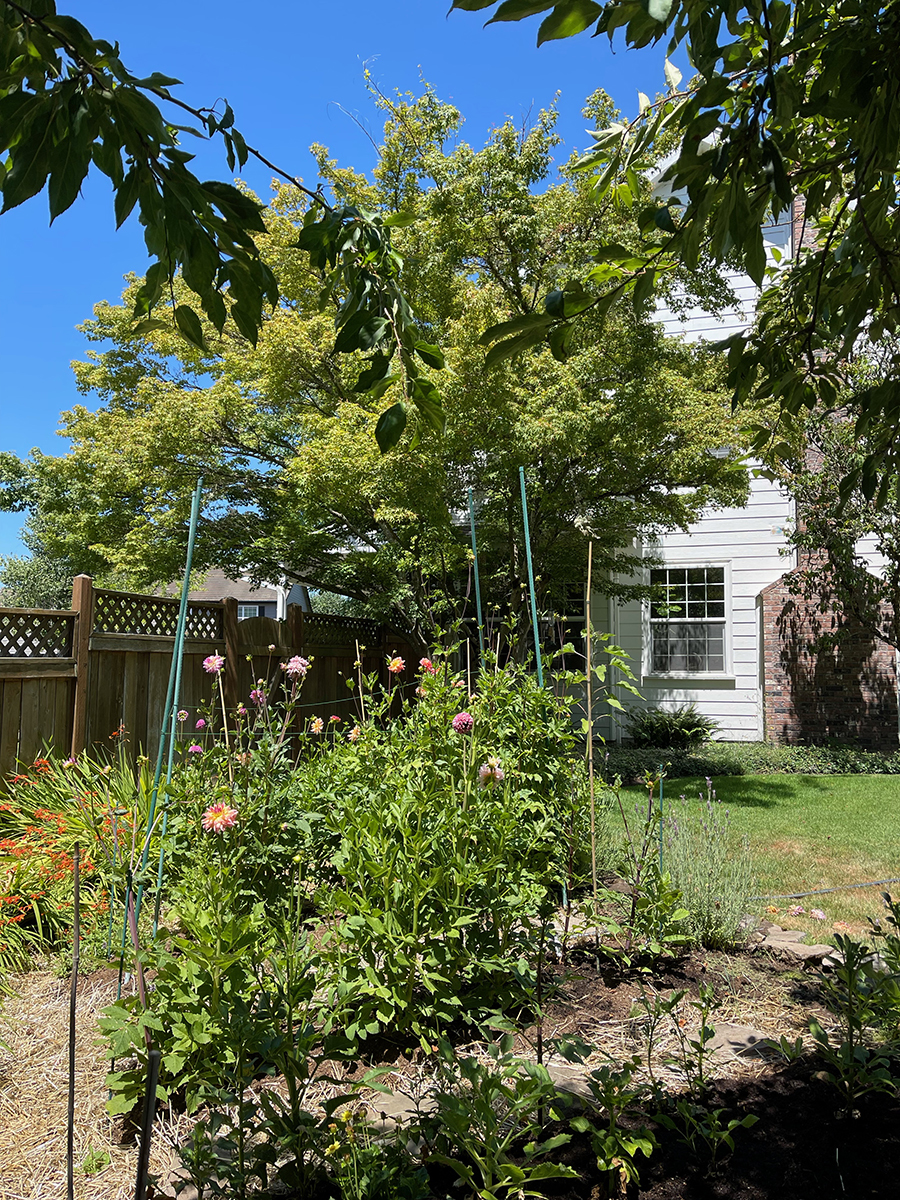 And then this past week: 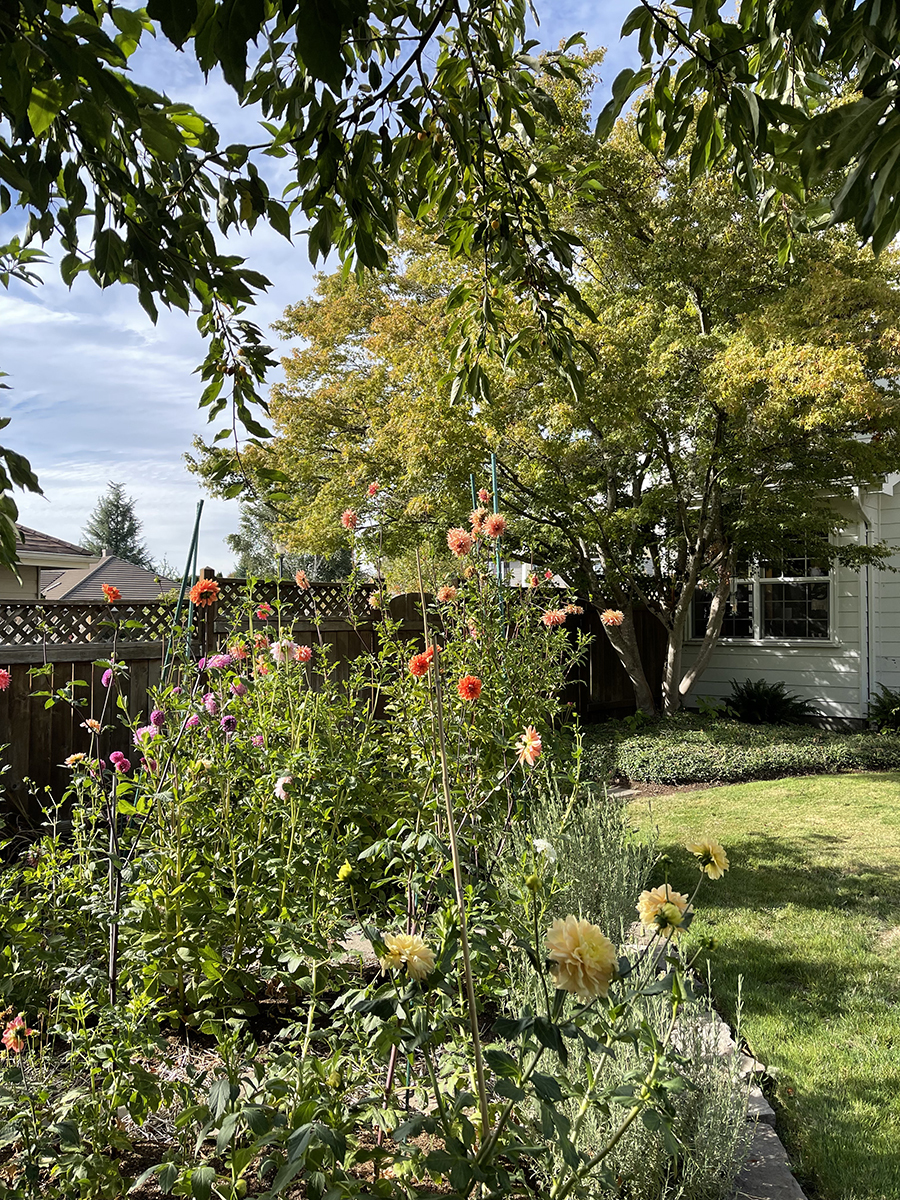 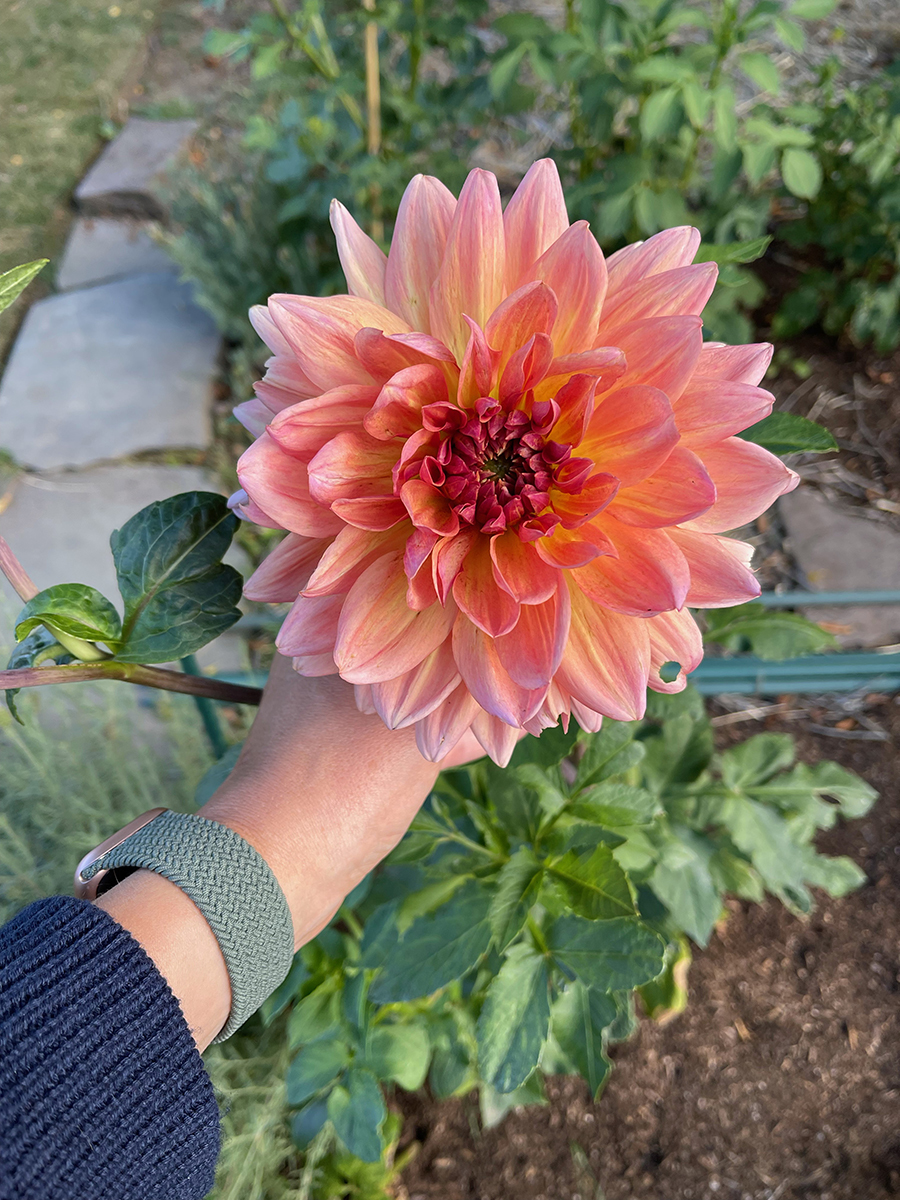 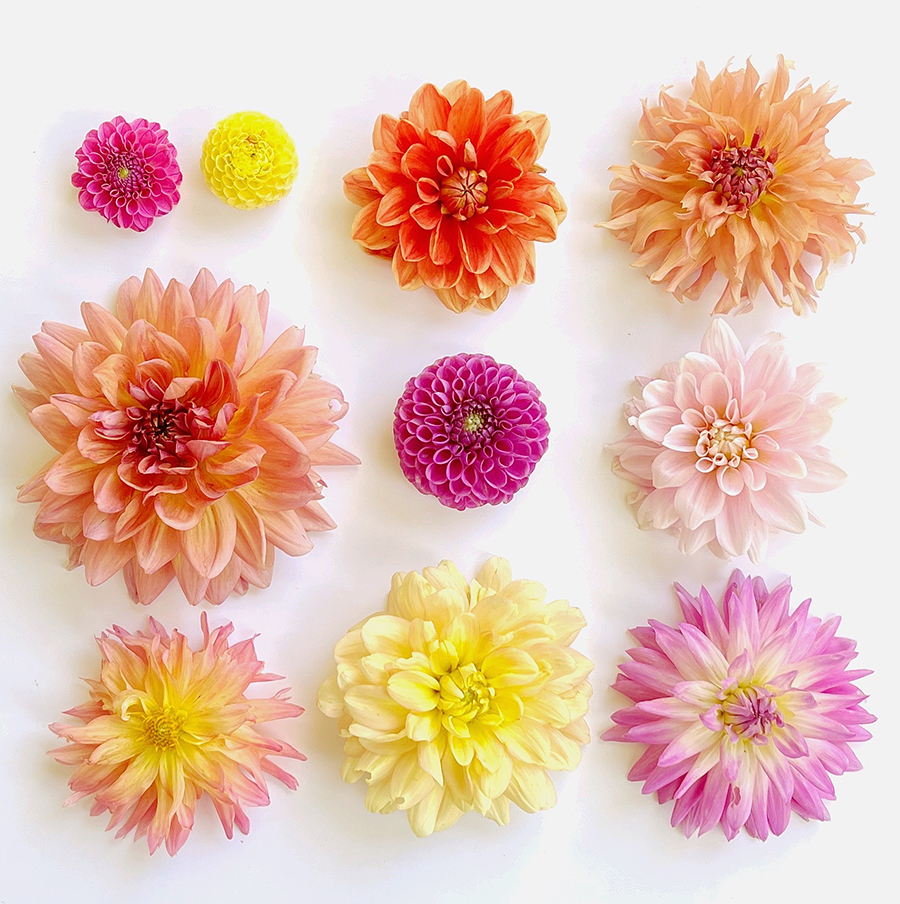 Last month I took a bunch of blooms and laid them out on poster board just to see the differences in the sizes, shapes, and colors.

Here's some of the blooms I've captured recently at the end of September. The colors here at what I consider the end of the season have been so amazing: 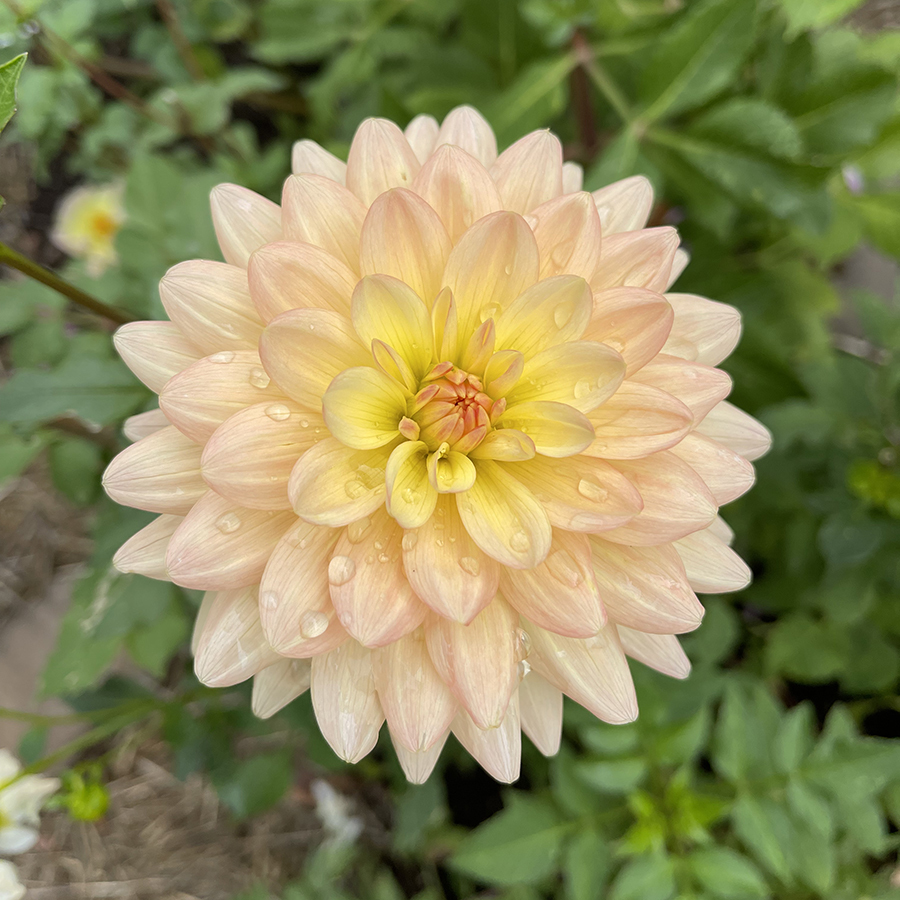 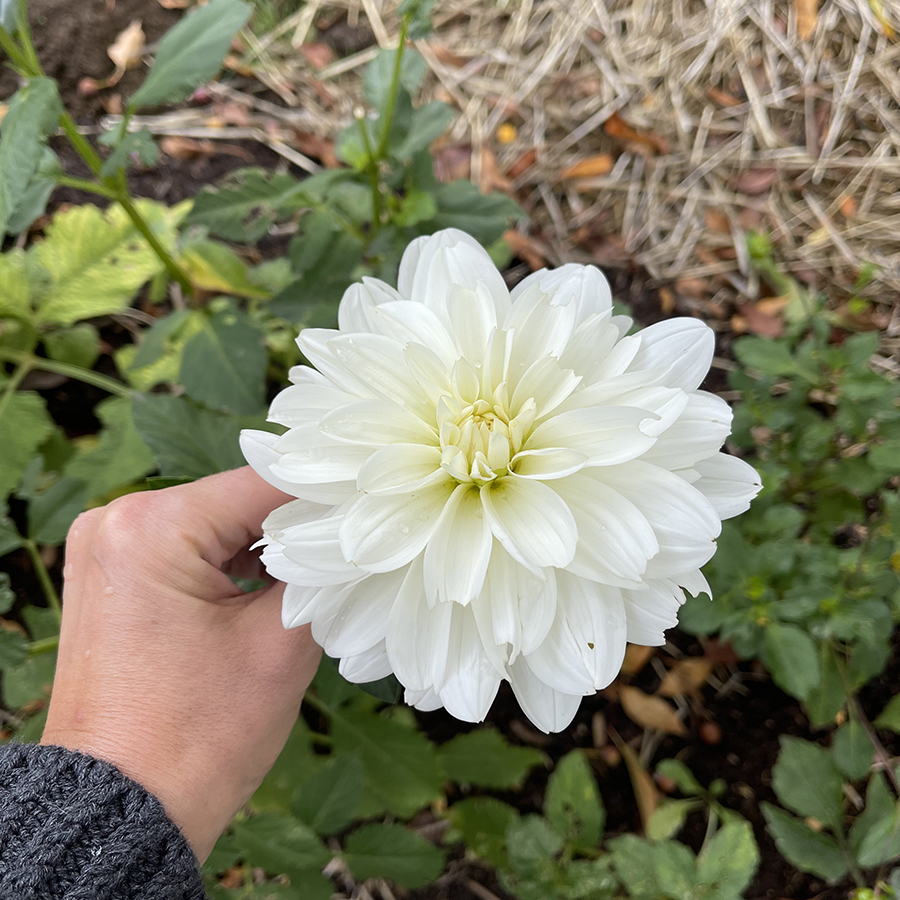 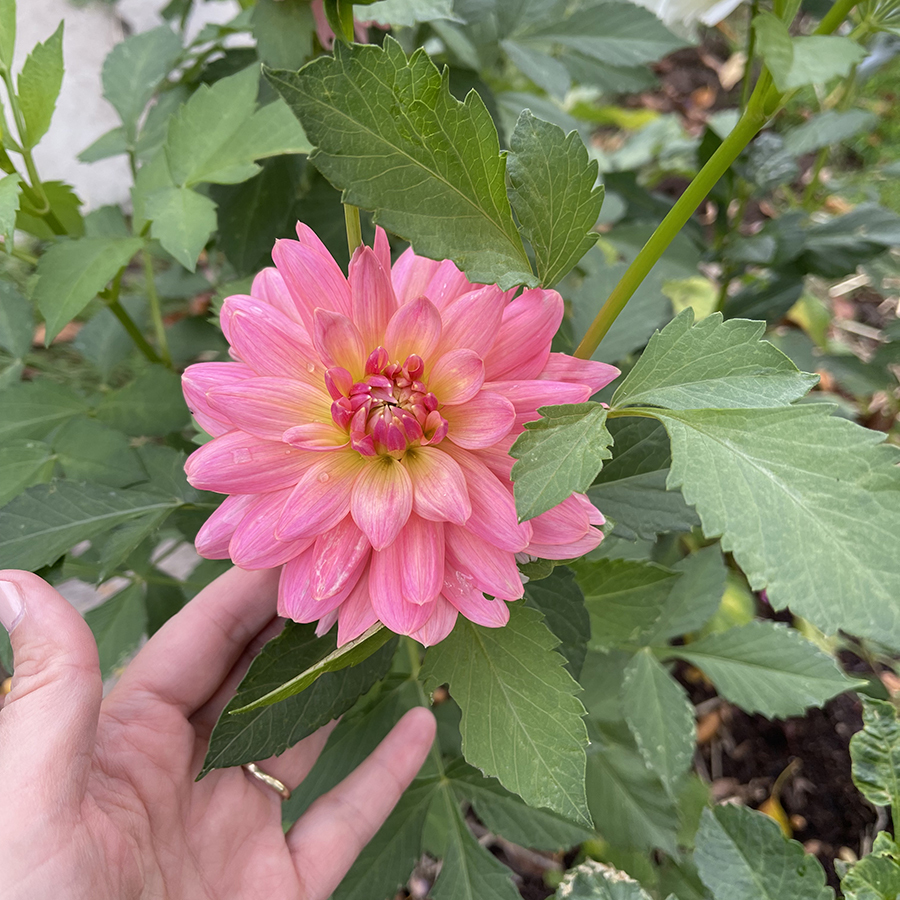 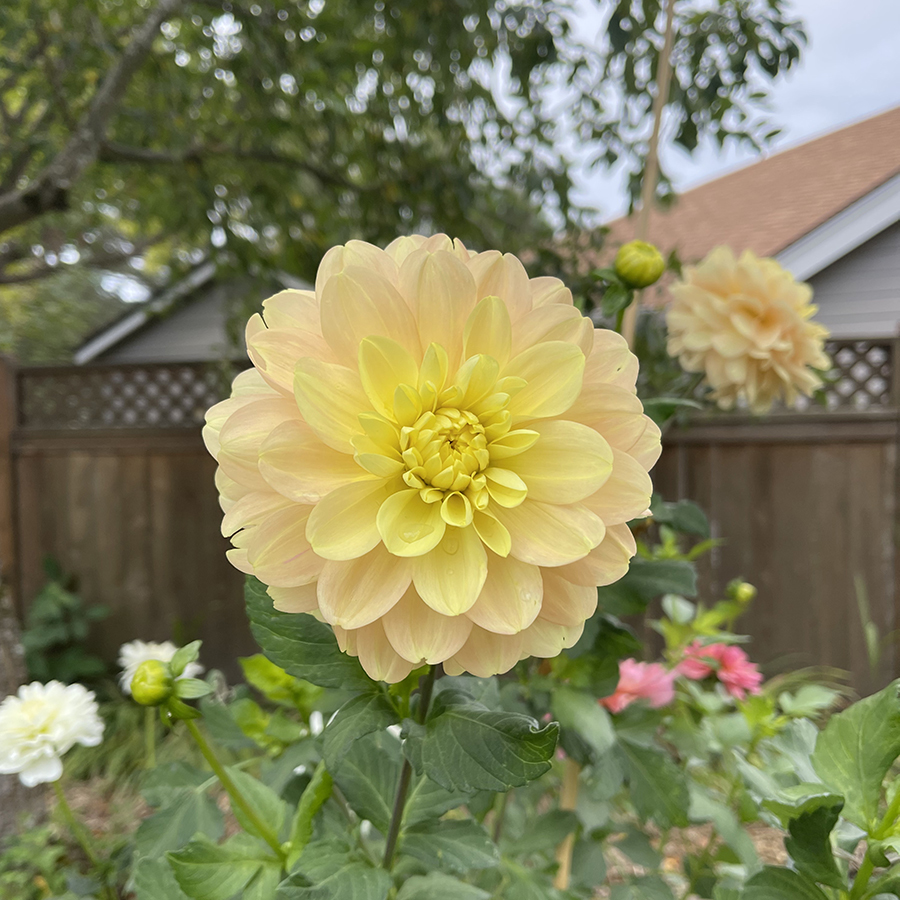 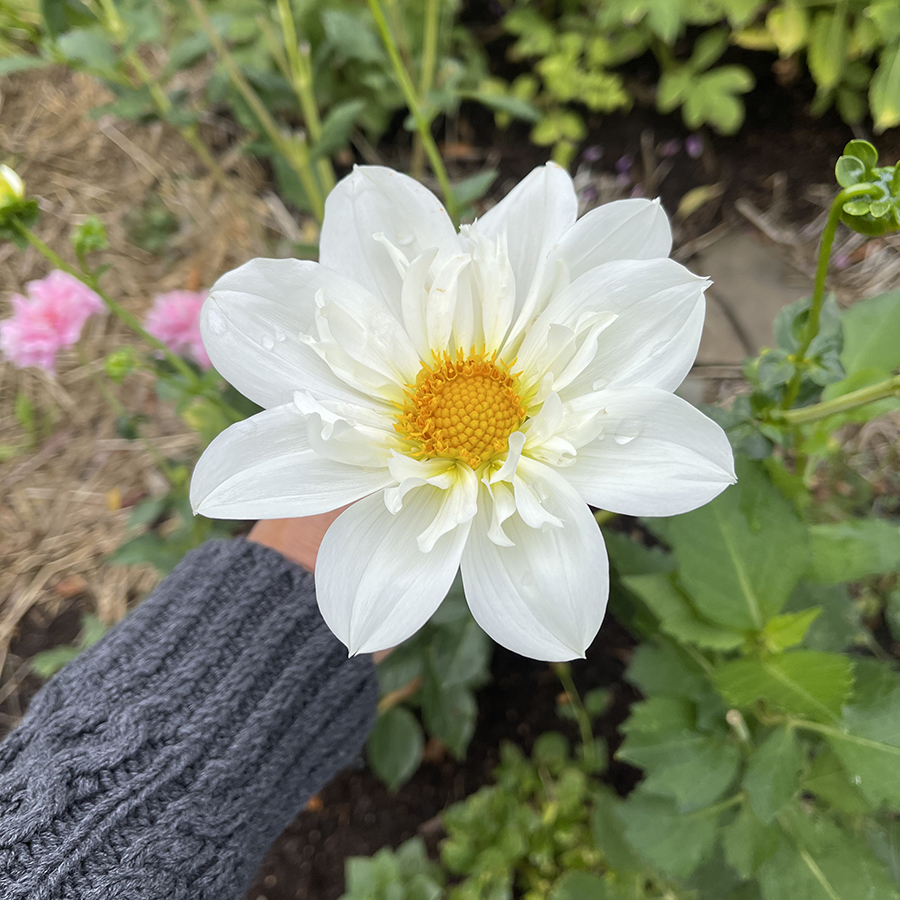 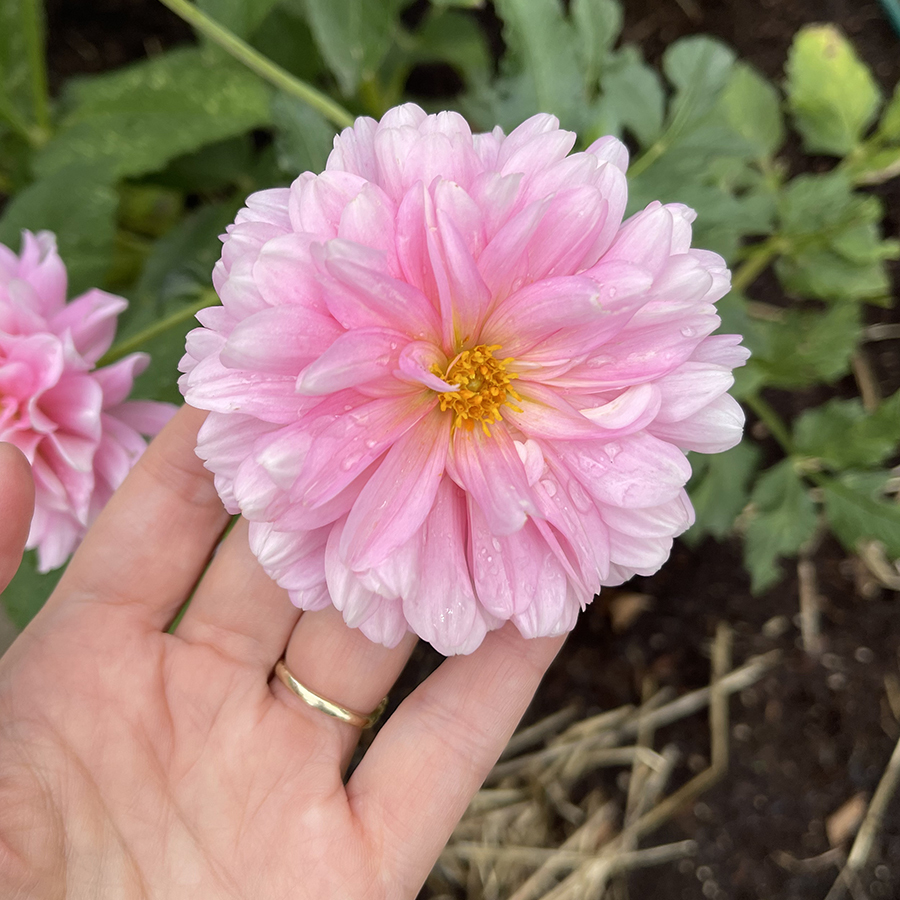 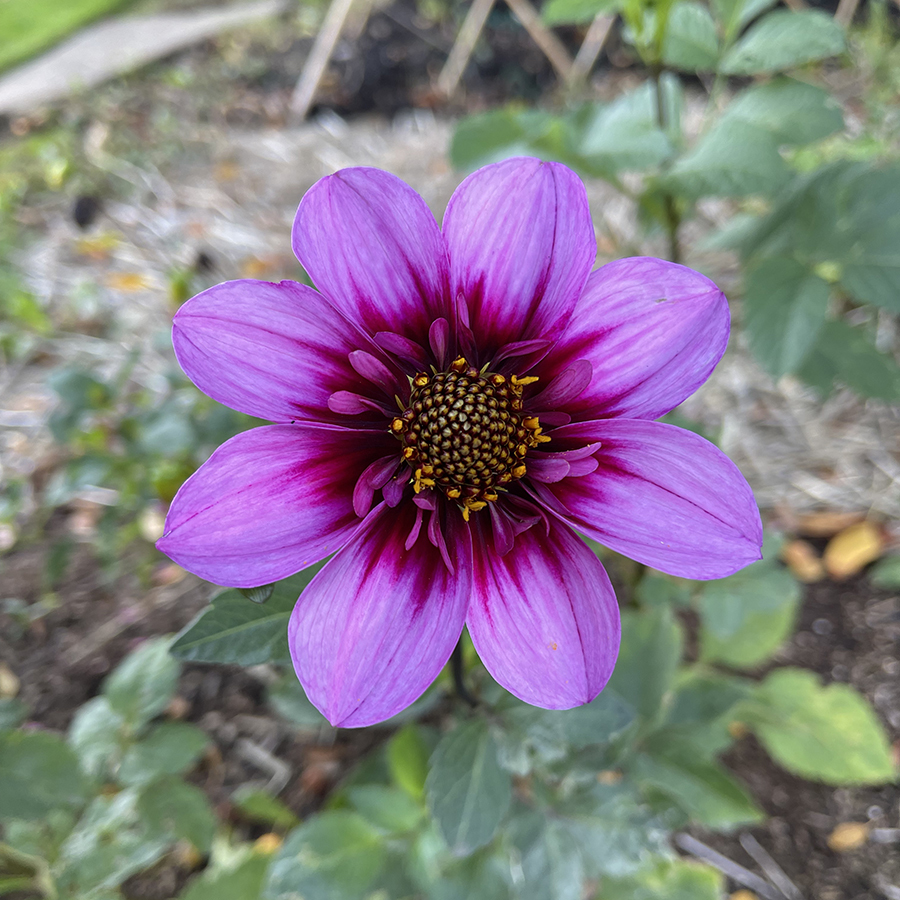 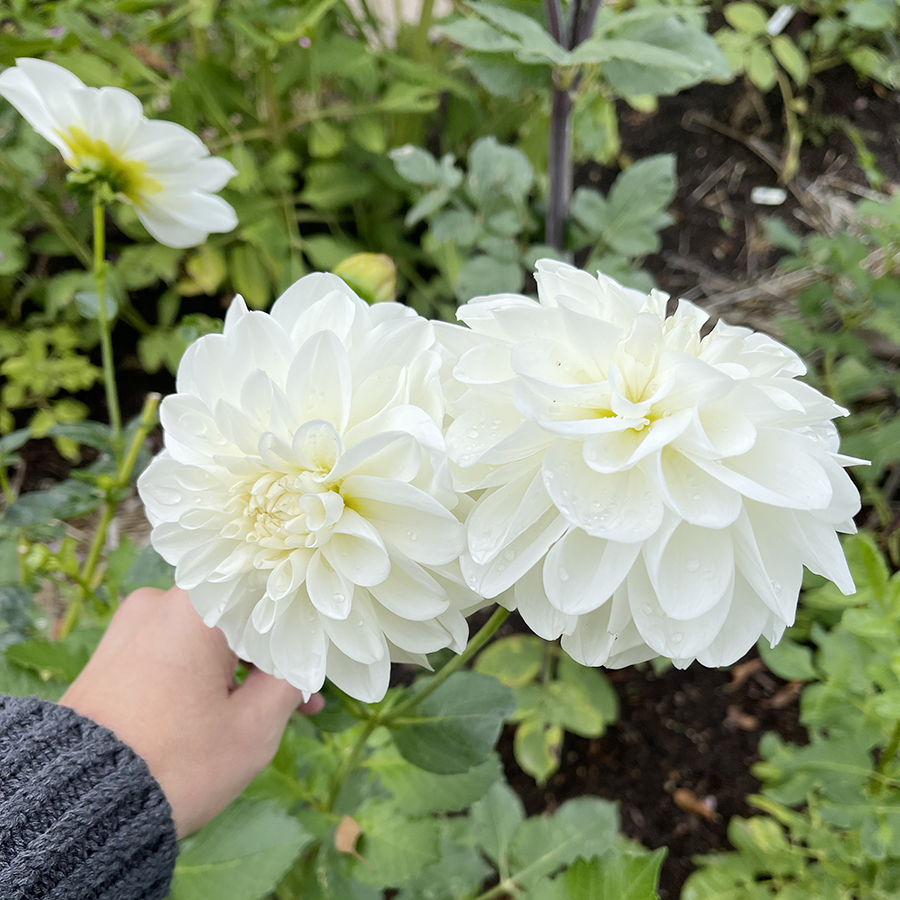 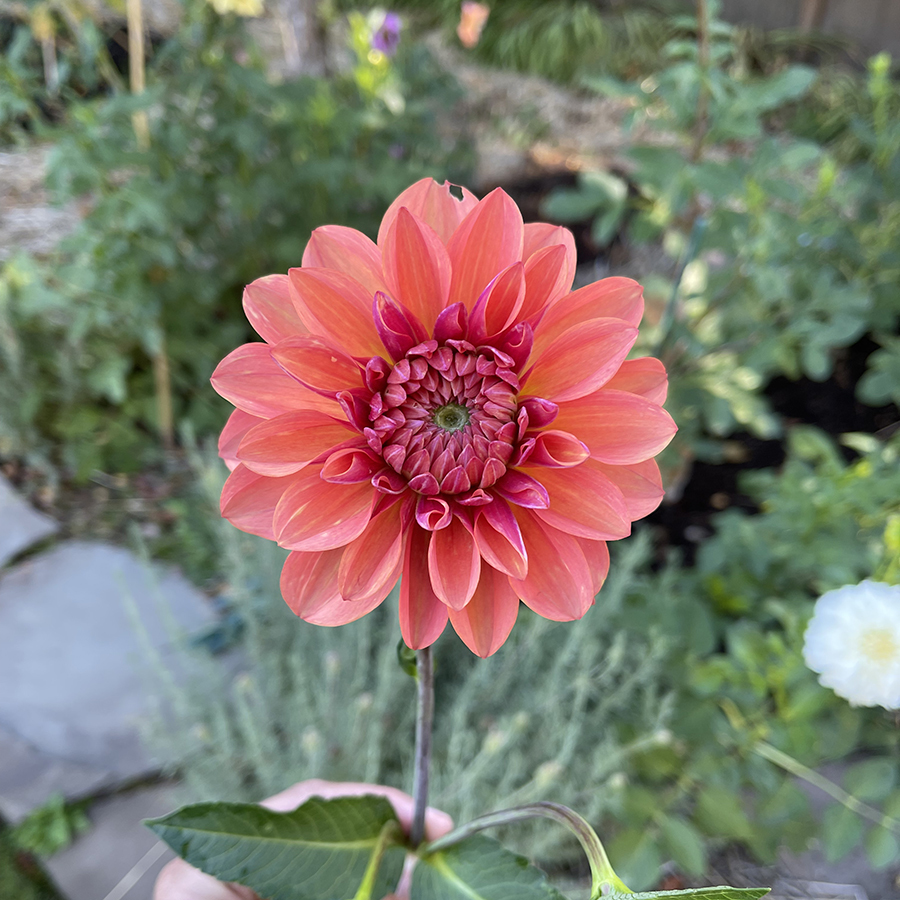 If you'd like to learn more about growing dahlias I highly recommend the book Discovering Dahlias by Floret's Erin Benzakein.

All kinds of magic happened in those beds this year. The time + energy was totally worth it and I can't wait to do it all again next year. 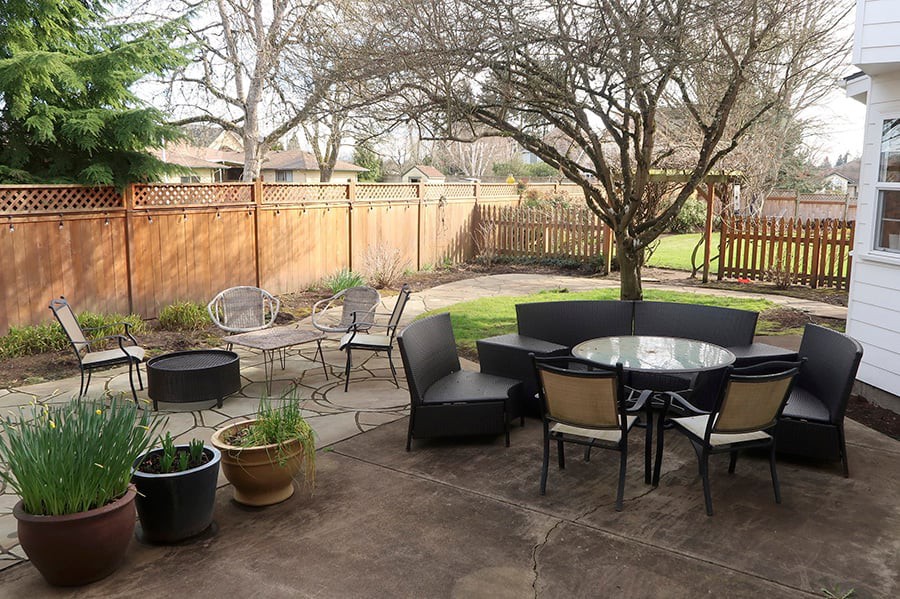 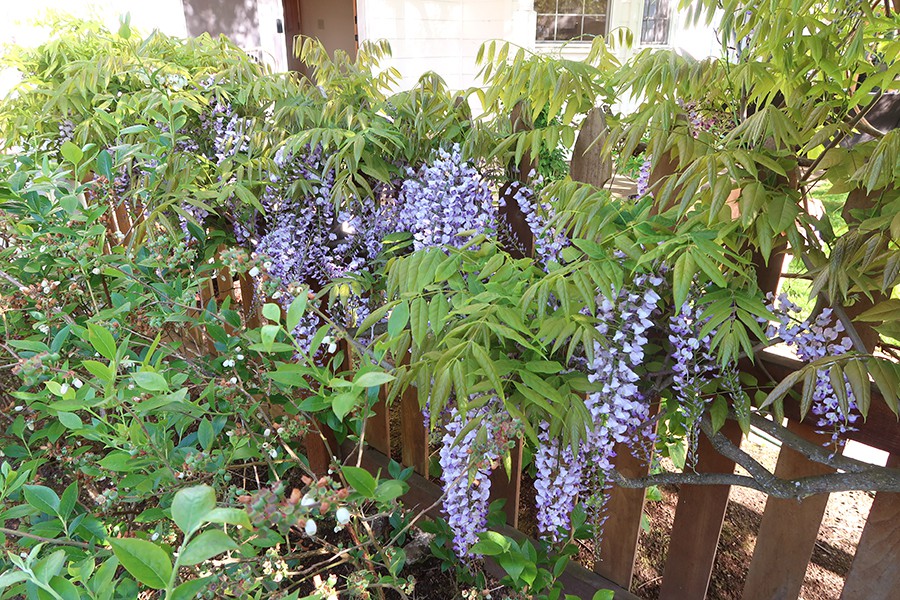 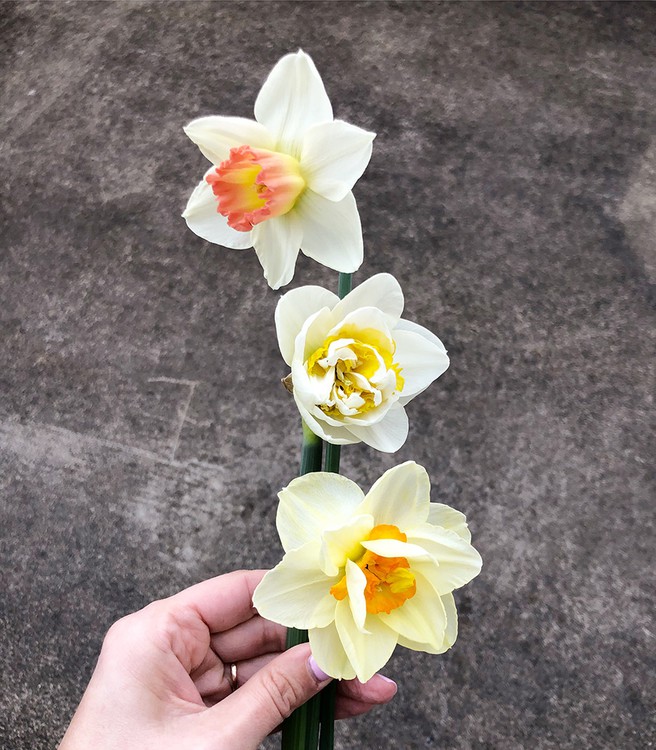