Last Wednesday Katie (my trusted right hand) issued a challenge to me to see if I could get all 8 weeks of 2013 Project Life® completed in one day.

I think she's tired of me straying from our block schedule (more on that in a post later this week) and saying "I'll get to it" and getting distracted by other things.

But I welcomed the challenge. Actually I embraced it and felt excited about just getting it done.

I started about 10:30am with the plan to deal with photos first. For me that's a natural place to begin. Most of these spreads didn't have stories written down so I was really hoping to fill more of the pockets with photos and then fill in with some words as the next step. You can see a video that shows what I had in place already (mainly sticky notes and a couple photos) here.

I organize my photos by month (in folders) in Aperture so it's easy to see what was happening at a particular time. From there I select and open each photo I want to use Photoshop and often run Rad Lab on them if they need it (usually to either lighten or change to black and white). I print at home on my Espon PictureMate.

BIGGEST TIP | DON'T SPEND TOO MUCH TIME ON ANY ONE PHOTO.

Pick, print, stick in pocket. Repeat. (Maybe a bit of editing thrown in - I like to stick with one-click editing and don't spend much time at all messing around creating my own recipes and such.)

This project is not about any single photo - it's about all of them together and the story they come together to tell.

It took me about 3 hours to select, edit, print, crop and place 88 photos for the last 8 weeks of 2013 into the pockets of Project Life®.

By that time I was ready for lunch. And I was excited to get all those photos in those pockets.

Truth be told, after lunch I lost my steam - which is totally fine - and moved on to something else before heading out to pick up the kids. It's progress.

Here's a look at where I'm at now:

WEEK 45 | Almost done. The first half of the spread has been done for awhile. I printed out photos to finish up the second half and added one journal card.

I'll probably add just a couple embellishments onto the photos on the right side and call it good.

WEEK 46 | This is the second of my two weeks in China.

In terms of choosing photos for this week I made zero attempt to try to capture the whole trip in this album (there's really no way to be able to do that with close to 4000 photos between me and Aaron). Basically I looked through the photo folder and just picked some that I liked (which ended up being photos of me and Aaron) and will work with the rest in my album of that trip.

I'll add one text 3x4 card with a few thoughts and likely a few embellishments on some of the photos. WEEK 47 | This spread needs three journal cards. I might just do an overview/a couple highlights and write directly on the photos here.

Includes an insert of a newsletter that Simon created at school. WEEK 48 | Thanksgiving week. Can't help but add in that little turkey Anna brought home from school. Looking at these photos right now makes me excited to add in some more words about how much I loved having family here.

I was also excited to use my Thanksgiving Journal Cards & Frames. I added a photo to the "feast" one on the right side and will add words to the "thankful" card on the left. WEEK 49 | The first week in December.

I have to say that I actually love going back and doing this long after December. For me December is all about December Daily®. I loved going back and adding photos (some were included in DD but many were not).

I had a bunch of these December Daily® 3x4 Journal Cards printed out (used them in my album in 2012) and will be adding words to those. WEEK 50 | More from December. Love how it captures some of the really basic, non-holiday stuff. WEEK 51 | The start of my holiday travel celebration. Both this week and next I included a 6x12 divided page protector for extra photos. You can make those yourself by cutting up some of the Design A or you can purchase some here. Some words and embellishments will be added. WEEK 52 | Seriously fun to go back and look at our Christmas pictures again. Made me heart happy. As I mentioned above this spread includes a 6x12 insert for more photos.

"To be continued" card is from the Plus One Mini Kit. At the end of the album I included one of the large 12x12 envelopes. This is currently holding Christmas arts and crafts from Anna.

The first spread of my 2014 album includes a few photos from the last few days of 2013.

I don't have a specific plan for this end page. Every year I think I will do something for these pages but I haven't yet.

As I look back on where these spreads are at right now, the truth is I could just be done and call it good. But I won't and the reason is because the words & the context I provide through the little stories or details via words are important to me. The pictures are awesome and I love them but the story is made that much richer when we add the context of our own words.

Excited to have some time later this week to finish this up! It's possible people. 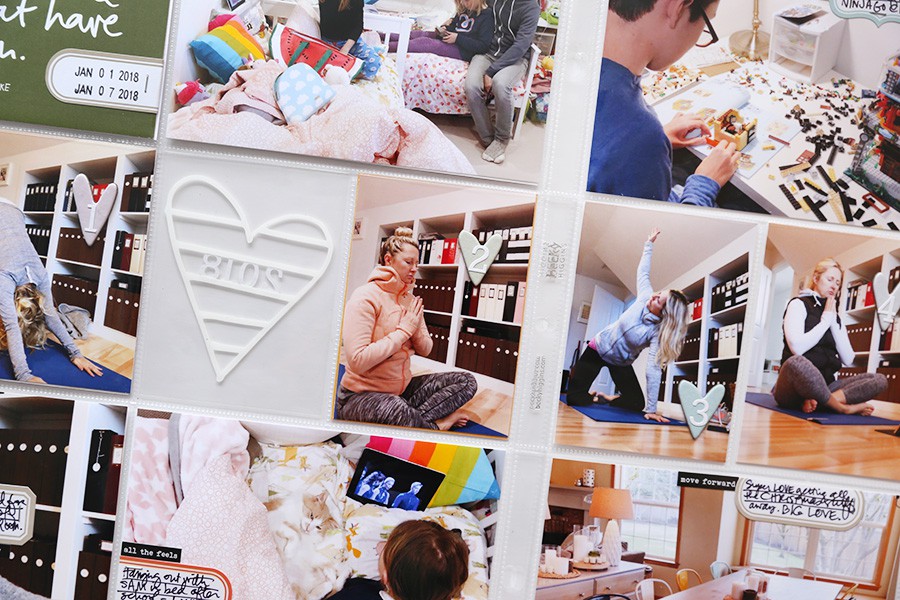 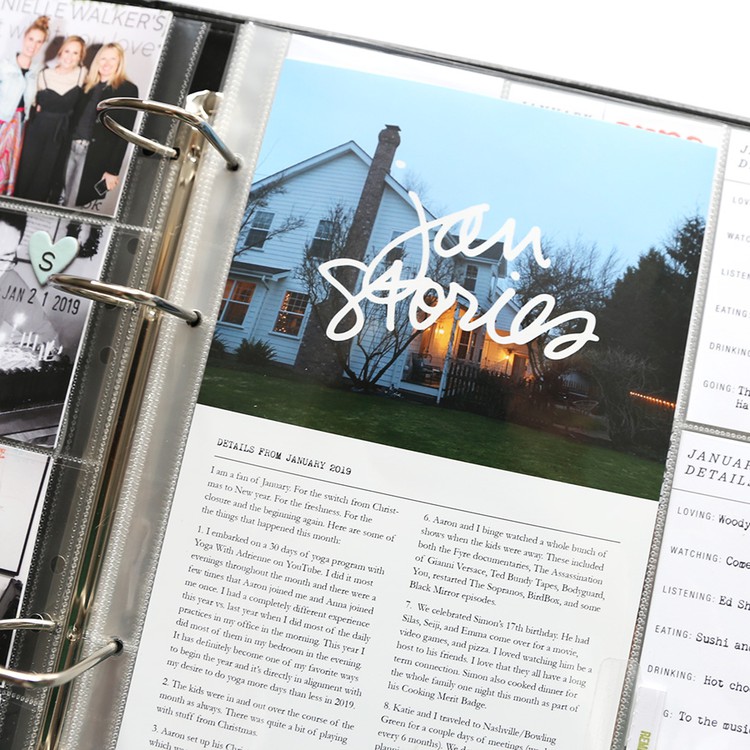 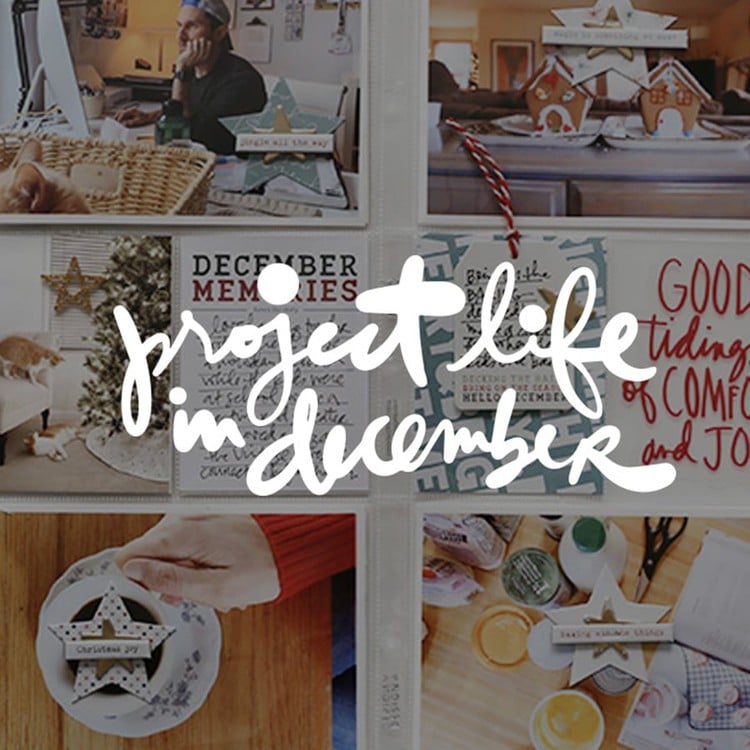